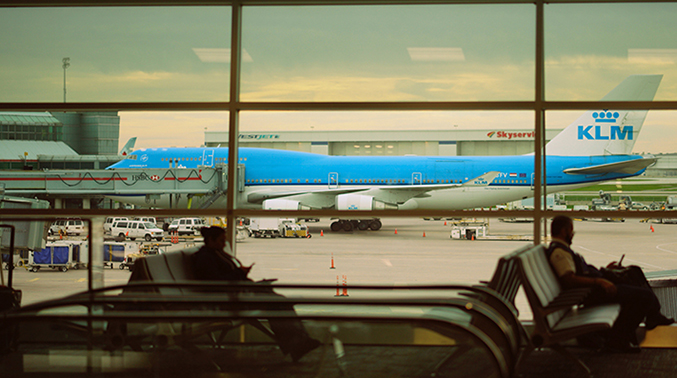 Our last English update is from March 16th, 2020. It is time to give a wrap-up of what happened since.

Agreement on short-term financial measures
First of all, you and your colleagues agreed, with a staggering 98% yes-votes, to postponing (1) the payout of the profit scheme, (2) the variable pay for executives and top management, (3) the variable pay for the Management and Specialist Group, and (4) the further delay of the introduction of the OSG system. These measures effectuate the short-term ban of cash out of approximately 175 million euro.

Negotiations on other short-term measures
The week after the financial agreement, last week, we turned our attention to measures of non-financial nature. These can be divided into measures that:

De Unie had some intensive talks with KLM on the above issues. We introduced our own plan and presented it to KLM. They agree with us that it is a very transparent and honest way to evenly share the pain across all KLM-employees, but KLM feels that it is creating an administrative overburden.

Flexibility KLM operations
KLM wants to be able to implement roster/shift adjustments on a very short notice (no later than 1 day before your shift). We understand that need, but don’t want to give KLM carte blanche. We arranged that an adjustment outside your personal roster must be discussed with you before it can take effect.

Flexibility around KLM Leave (KV)
KLM wants to schedule KV-days that are not yet in the rosters (your forecasted KV final balance for 2020) as soon as possible. De Unie understands this wish and has no problem with it. After all, it is already KLM leave.

When, hopefully soon, the upstarting/upscaling of KLM operations will commence, KLM would like the option to withdraw KV and to reassign it on a later date. De Unie also understands this need and we heard little objection from you and your colleagues.

De Unie has not yet reached the point where the KV days that were used for the office employees between Christmas and New Year’s Eve (and we hear that they have now been withdrawn) can now be quickly rescheduled into your personal roster the coming period by KLM. We want to assess the final overall picture of the agreed plans before agreeing to this.

Deployment Employee Leave (MV)
The biggest obstacle in the proposed agreement for De Unie is how KLM wishes to deal with the MV. Before we can make agreements about MV, De Unie Union does have a condition. In any case, we want KLM’s guarantee that the purchased cafeteria days and the days purchased with the sustainable employability budget (DI-budget) will not lapse until we have made definitive agreements about the depreciation order of leave.

In addition, we discussed, several times, the “putting on your leave card” of already granted leave. The position of De Unie in this is clear: you must be able to give up your leave because your holiday cannot continue. It is hard to say that your holiday is canceled and we do not want to increase the misery by forcing you to enjoy the leave. KLM thinks otherwise.

KLM would like employees to use their MV leave in the coming NOW period. Where the plans were initially aimed at a ruthless depreciation of leave – regardless of your leave balance and regardless of whether you already have leave in the coming period – KLM now wants to include the leave you will be taking in the NOW period and also ensure that you can take a small balance of leave to hold. This is about the leave that you accrue in 2020.

We have not yet talked about leave (reservoirs) before 2020. It seems that KLM wants to make sure a significant reduction of leave reservoirs will be started the coming NOW period.

What’s next
Sunday March 29th, we received a draft protocol on the above measures. De Unie made some alterations which we believe will balance the measures for you as employee and KLM as employer. We talked about yesterday afternoon and in the evening. Today we will continue the talks. It looks like an agreement is within reach. To be continued.

For our non-native Dutch speakers: De Unie is planning on making an English summary of…