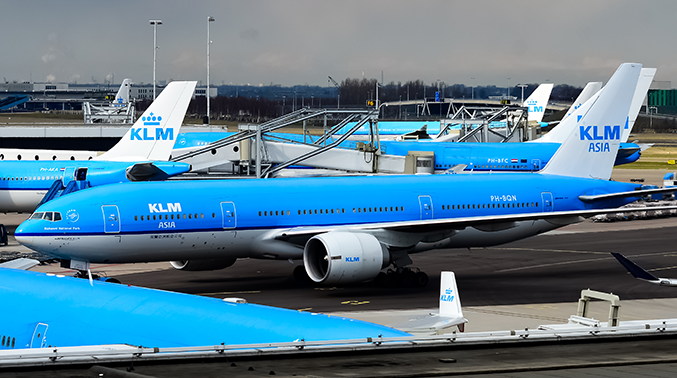 After two months of nail biting, the time has come: Last Friday morning the government’s support measures were announced. De Unie is happy that there is now money to continue paying bills and salaries. But: a first review shows that the price must be paid in full by you and your colleagues. We find that shocking. Reinier Castelein, chairman of De Unie, gave his first extensive response in the 10 o’clock RTL Z news broadcast last Friday. For a summary of that response, see the 11 o’clock broadcast (only in Dutch).

The state lends EUR 1 billion euro as a credit facility to KLM. For this, KLM must pay an average of 7.17 percent interest on top of the Euribor over 6 years. This Euribor is currently slightly negative. This brings the total interest to the government in 6 years to about 420 million euro. The government therefore receives an amount of 625 million euros on the basis of these loans and guarantees.

If the eleven banks have received the same commercial conditions as the government, KLM will have to pay them about 1 billion euros in interest in 6 years’ time. This is in addition to the 3.4 billion that KLM now receives to avert bankruptcy. This means that in 6 years’ time it will pay back 5 billion euro. That equates to an average of 7.84 percent interest per year! With virtually no risk for the eleven banks.

All in all: this is an investment rather than a loan, and certainly not a gift.

The question arises: who will pay for all that? The answer is simple: you and your colleagues. KLM is in fact subject to the condition that it must turn in an average of about 10 percent in terms of employment conditions. All colleagues who earn from middle income upwards must turn in salary. An average income in the Netherlands in 2020 is € 36,500 including holiday pay. That is about € 2,600 gross per month at KLM if you have full-time employment.

Looking at the ground collective labor agreement, this affects just about everyone from A06 and T26 upwards and all MSG colleagues. Colleagues who earn twice the middle income have to turn in 10 percent; at three times the middle income they have to turn in even 20 percent. Per factor of 0.1 above middle income, 1 percent of the total terms of employment must be turned in. This may also include, for example, holidays, end-of-year bonus, shift work allowance and other employment conditions.

If you assume an overall reduction of the employment conditions of 10 percent, then the employees have to hand in 300 million annually. In six years’ time, this will be 1.8 billion euro. In short: the interest and premiums must be paid by you and your colleagues. Unprecedented for a conservative liberal cabinet that not long ago argued for significant wage increases.

Government: stay 1.5 meters away from our collective labor agreement!

What state guarantee has been issued for you and your colleagues? The only guarantee is that you are sure that on average about 10 percent of employment conditions must be handed in. Is there a guarantee for job retention? NO! Chances are that a large number of colleagues will also have to leave the gate. Then, you also have to deal with a 10 percent lower unemployment benefit if you earn less than 1.5 times the middle income.

De Unie has been clear about the difficult situation in aviation – and at KLM specifically – from the start. We will most likely not be able to escape layoffs. Trade unions, employee participation and KLM will discuss this with each other. As always, we will take a constructive and cooperative approach during those negotiating talks. But then we are in the driving seat and not the government. It is shocking that there is now such a clear link between commercial loans and the condition to turn in employment conditions. We also expressly say that we are prepared to take the necessary steps to ensure the continued existence of KLM.

We continue to fight for your interests. We will continue to strive for an even distribution of the costs of KLM’s survival. Because not only 35,000 KLM employees depend on this, 90,000 other employees and their families from the Schiphol region also depend on KLM’s continued existence. The more fundamental point is: we will continue to oppose interference with our collective labor agreement by the government. We therefore call on them to keep 1.5 meters away from our collective labor agreement!

The coming period will be dominated by the restructuring plans and the possible interventions in your employment conditions. We will keep you informed. Do you have any questions in the meantime? Feel free to ask them at gertjan.tommel@unie.nl or 06 5252 2034. You can at least support yourself and your colleagues by pointing them at klm.unie.nl. The more people who register, the stronger we stand in our fight for KLM’s survival. With respect for your work and employment conditions.